Is My Fund a Liquidity Trap? 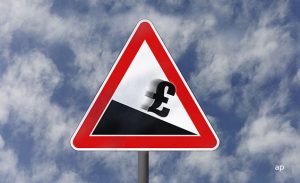 As we have seen in recent weeks, open-ended funds and illiquid investments are a potentially lethal combination. But, despite the panic, investors don’t actually need to fret too much that their fund is a liquidity trap.

The most popular funds invest largely, if not entirely, in very liquid assets – publicly traded large-cap stocks, government debt, and the like. That said, the risk can’t be entirely ruled out, as episodes such as Woodford Equity Income remind us.

So, if you’re prone to worry or just want to be as thorough as possible in doing your homework, here are some questions to ask when assessing your fund’s liquidity.

What Do I Own?

The best place to start your assessment is with your fund’s portfolio holdings. You can easily pull this information up on Morningstar or the fund’s website.

Once you’ve got the holdings, there’s some basic checking you can do to determine what types of securities that fund owns and whether they are or could become illiquid. For instance, are any of the securities privately held? (these are typically broken out in a separate section of the holdings list and often lack the same identifiers of listed stocks, such as a ticker).

You can also scan the annual and semi-annual reports for terms such as “liquid”. One way to assess liquidity is based on how a fund values its holdings. To that end, examine the report footnotes, specifically sections called “Valuation of Investments”, “Fair Value Measurements”, or something to that effect. See if the fund owns assets where the management must use judgment to value because there’s no market for these investments or it’s otherwise difficult to ascertain their market price. This is often a telltale sign of an illiquid investment.

You should come away from this step of the process with a better sense of whether a fund invests in illiquid securities and how widespread they might be in the portfolio.

How Much of It Do I Own?

Sometimes the problem isn’t the asset, it’s how much of it the fund owns.
If a company, on average, sees 100,000 of its shares traded on a daily basis then if a fund owns 10,000 shares, then it shouldn’t run into many problems unloading them. On the other hand, if the fund owns 1 million shares, then it could spell trouble. If the fund had to sell to meet a large redemption request, it could flood the market with shares, decimating the stock’s price.

This is an example of a scenario where the security itself isn’t illiquid, rather the fund’s concentration in it can limit its ability to manoeuvre and, in extreme cases, impede its ability to meet redemptions altogether. Fund liquidity is multi-dimensional in that respect – it turns on both the liquidity of the holdings and the portfolio’s structure, making it important to assess each and the interplay between them.

This is where leverage (debt) comes in: if the fund has borrowed to purchase securities, that ups the ante. Why? Because the leverage can magnify volatility, including sharp moves lower.

Losses can trigger a margin call (when a lender demands money to cover possible losses), forcing a fund to sell a portion of its holdings in order to repay the portion of the borrowing the lender has called. If those holdings are illiquid, then it can put enormous pressure on the fund to meet the lender’s demands by selling the illiquid names at ruinously low prices.

In practice, this isn’t a risk that too many investors will encounter, as there are limits on open-end funds’ ability to borrow and to invest in illiquid securities. A simple way to determine whether your fund is employing leverage is to pull up the fund’s most recent shareholder report and see whether its net assets include “Other Assets and Liabilities”.

Who Else Owns It?

The first issue to consider is whether a small number of shareholders account for a disproportionate share of the fund’s assets. In that scenario, the fund could be vulnerable to a very large redemption request from a significant shareholder who wants out.

If the portfolio’s securities are liquid, it shouldn’t present a problem, but if that doesn’t hold, it can create a huge dilemma for the manager – unload assets at distressed prices or freeze redemptions to prevent a liquidity spiral.

While it’s possible the manager could sell off the portfolio’s more-liquid holdings to meet the redemption request, this would leave the portfolio even more heavily concentrated in the illiquid securities. Another problem here is that it could put the fund in breach of rules which state a maximum of 10% of a portfolio can be in illiquid assets.

This risk can be checked as funds must disclose the names of shareholders who own 5% of more of a share class’ outstanding shares in their filings. However, the disclosures aren’t always that useful. For example, a fund supermarket may be shown as a major investor but really this may simply indicate that many of its customers hold the fund.

Is There a Sister Fund?

Lastly, it’s worth considering what other investors might be alongside you.
Take a large manager, for instance, that offers a particular strategy both as a fund and an investment trust or a as separate mandate. If one’s assets dwarves the other then analysing the liquidity profile of just one doesn’t give you the full picture. To get the full picture, you’d want to assess both together with the fun to get a better feel for how much of the asset the manager really owns.

Let’s return to our earlier example of the fund that owns 10,000 shares of a stock whose average daily trading volume is 100,000 shares. On the face of it, that doesn’t seem problematic, as the fund’s stake is only a fraction of the daily volume. But suppose the sister mandate owns 990,000 shares of the same name. While the concentration isn’t in the mutual fund, per se, the principle is the same – a decision to sell that stock would be like the equivalent of 100 people trying to exit through the same narrow door at precisely the same moment.